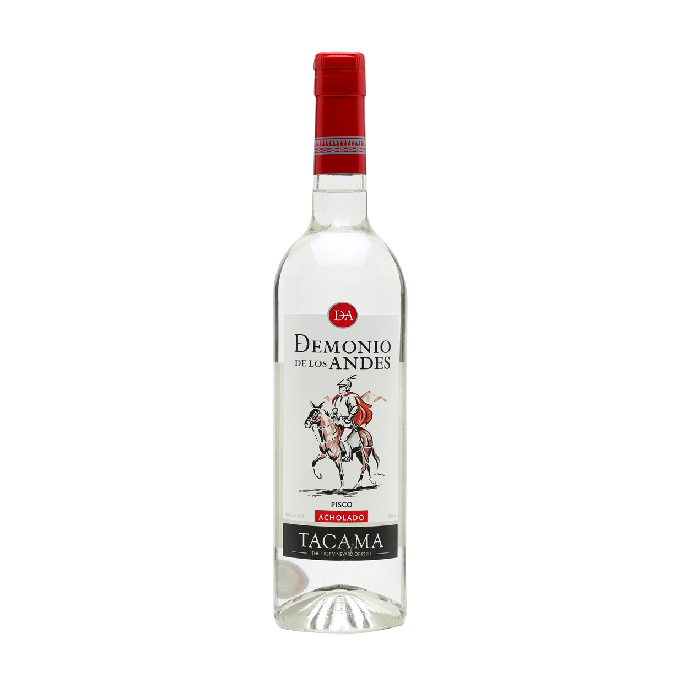 Pisco is the result of the distillation of alcohols obtained after the exclusive fermentation of the ripe grapes, according to traditionnal methods.

The Pisco is the traditional wine eau de vie of Peru. The originality of the Pisco is due to the ideal terroir and to the mode of elaboration authentic, exclusively from the wort of wine. The mature grape is pressed, the wort obtained is purified and then fermented. After transformation into alcohol, the wort is distilled in stills.

Pisco Demonio is produced by the company Vina Tacama in the Ica region south of Lima in the Pisco valleys.

Pisco Acholado is made from an exclusive selection of grape varieties from our vineyards such as Quebranta, Albilla, Torontel, Moscatel and Italia, centuries-old varieties from Tacama that traditionally have been used to produce the best Pisco from Peru.

Gold medal at the Vinalies Internationales 2017 (competition of oenologists of France).