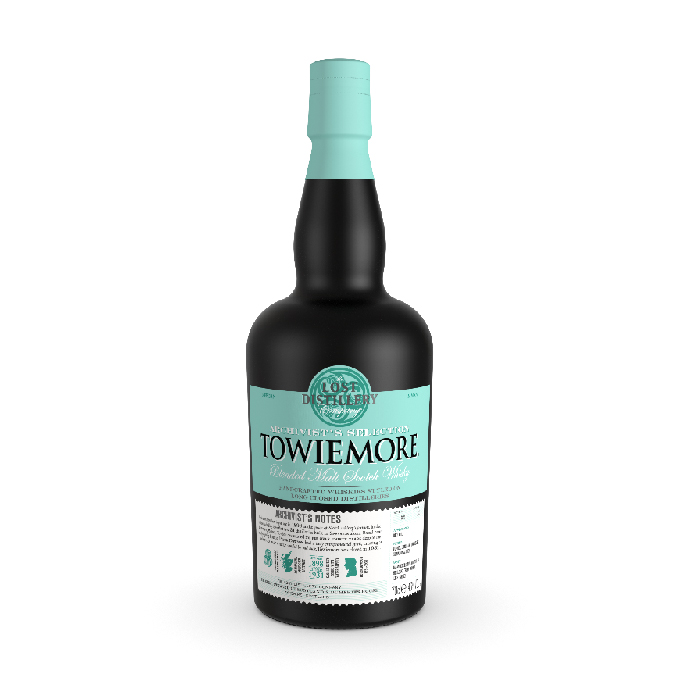 A modern interpretation of the legendary Towiemore Distillery in Speyside, featuring a marriage of 100% aged Single Malt Scotch Whiskies (on average a quarter of a century.) Not chill filtered, 700ml, ABV 46% Presented in a gift tube.

The Towiemore Distillery was built in 1897 in the parish of Botriphnie just outside of Dufftown where it distilled for just thirty years. In this time it garnered a fine reputation as an excellent pure malt whisky. Owned and supported by renowned whisky entrepreneur Peter Dawson. Dawson was appointed purveyor of Scotch Whisky to Alfonso XIII, the King of Spain, and any bottle produced by Dawson featured the Monarch’s seal. Dawson’s whisky was also selected for the pleasure of the Prince of Wales, later George V, on the maiden voyage of HMS Indomitable to Canada in 1907. In 1910, Captain Scott chose Towiemore as his spirit of choice for his Terra Nova expedition to the South Pole; he took six cases of Towiemore with him.

Finish: As finishes go this is very long with soft sweet spices that seem to linger on forever. A dream dram.