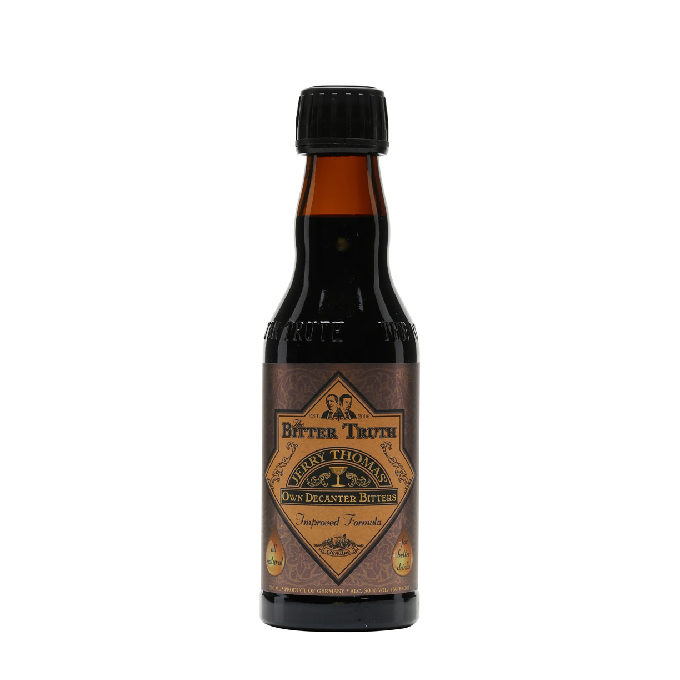 The professor would be proud. Although we’re not sure he would know what smells like cider candies, We don’t know if they had them in 1860s. He might recognize, however, crystallized ginger and the oils of fresh tangerine and almonds slipping through. We’re sure he’d have known that it tastes of dried fruit with a finish of orange peel and a light sprinkling of Angostura bark. This homage is as characterful as its name sake, so join in, get experimental and doff your hat to the man who brought us the first-ever published cocktail boo. In honor of professor Jerry Thomas, formerly the principal bartender at the Metropolitan Hotel, New York and the Planters House, St. Louis

The Bitter Truth Jerry Thomas’ Own Decanter Bitters is based on a recipe by Professor Jerry Thomas (1830-1885), who is considered to be the most important bartender of the 19th century. Of course the original recipe wasn’t copied exactly, but the formula was improved to comply with today’s demands.