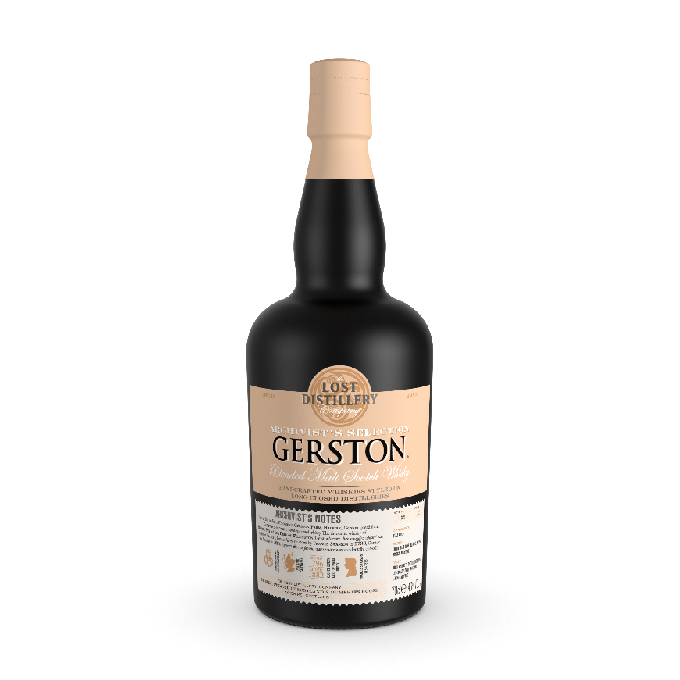 A modern interpretation of the legendary Gerston Distillery in the Highlands, featuring a marriage of 100% aged Single Malt Scotch Whiskies (on average a quarter of a century.) Not chill filtered, 700ml, ABV 46%, presented in a gift tube.

Gerston Distillery was a family-owned farm-house scale distillery, with a typically small output, making high quality spirit that was in demand both at home and further afield. Whisky was supplied in cask to merchants, private individuals and to local landowners, including Lord Thurso of Thurso Castle. It was most likely the aforementioned Thurso who introduced Gerston Whisky to prominent politicians of the day – including Sir Robert Peel, who was Prime Minister from 1841 to 1846. Other notable consumers of Gerston were the Duke of Wellington, the Bank of England, the Army and Navy Club in London and the Archbishop of York.