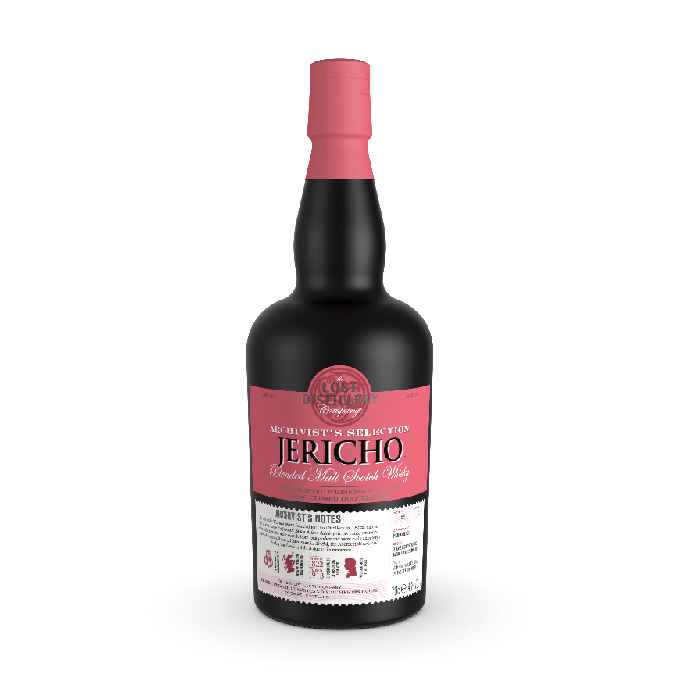 A modern interpretation of the legendary Jericho Distillery in the Highlands, featuring a marriage of 100% aged Single Malt Scotch Whiskies (on average a quarter of a century.) Not chill filtered, 700ml, ABV 46%, presented in a deluxe gift tin.

William Smith established the distillery in 1822, in a location that was perfect for small scale whisky production. The area was famed for barley production and the surrounding hills blessed with copious amounts of peat. The nearby Jordan Burn supplied the distillery with a steady stream of clear water. Its remote location helped the distillery remain concealed and difficult for the excise-men to monitor before distillation became legal. In the 1870’s sherry casks became increasingly popular in the whisky industry – evolving from a means of transporting spirit, towards a technique of maturing whisky for those who could afford to buy it. In 1870 sherry matured whisky from Jericho was advertised as a drink for the discerning gentleman traveler.

Jericho was renamed Benachie after the nearby mountain, although the whisky was still sold as Jericho for a number of years. As the Second World War dawned, a dance was held to celebrate a wedding in the old malt barns of Benachie. An old cask of Benachie was pulled out, probably the last in existence. The wedding guests danced the night away, emptying the cask in the process. It was assumed that they would be the last people to taste the delicious, sherry-matured whisky that made first Jericho then later Benachie so famous.

Finish: White pepper and cedar, with a final touch of blueberry finally gives way for a uniquely old-style whisky taste.