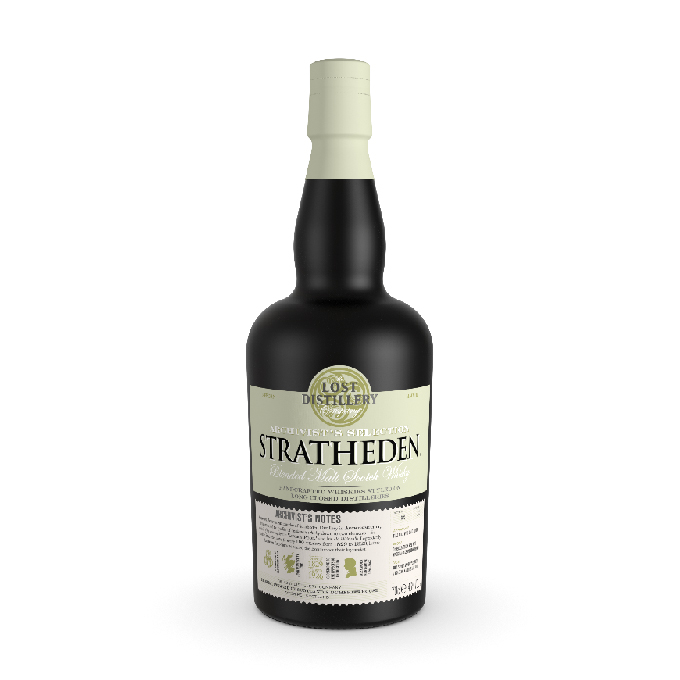 A modern interpretation of the legendary Stratheden Distillery in the Lowlands, featuring a marriage of 100% aged Single Malt Scotch Whiskies (on average a quarter of a century.) Not chill filtered, 700ml, ABV 46%, presented in a deluxe gift tin.

The distillery buildings still exist (in part) to this day and are listed. It was also known as Auchtermuchty at some point towards the end of the 19th Century. It was owned by the Bonthrone family who were large local brewers in the area as far back as 1600. The founder of the distillery was Alexander Bonthrone who reputedly distilled until his death in 1890 (b.1798) making him the oldest distiller in Scotland! His Whisky was reputed to be “one of the best”. Water was sourced from the renowned Lovers Pool – “It is splendid water, and as pure and sparkling as crystal.” – Alfred Barnard.