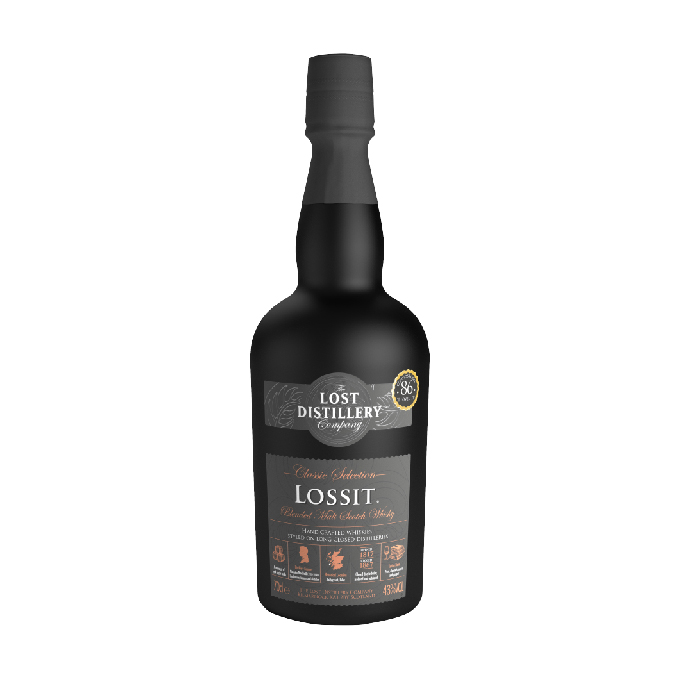 A marriage of 100% aged Single Malt Scotch Whiskies, no added colour, not chill filtered. A modern interpretation of the legendary Lossit Distillery.

Malcolm McNeill, founder of Lossit Distillery, was one of the leading farmer-distillers of his age. Founded in 1817, Lossit was the biggest producer of whisky on Islay in the industry’s formative years and lasted for half a century until it was silenced in 1867. The longest surviving and most successful of Islay’s farm-distilleries, Lossit was part of the transformation of Islay’s reputation from an outpost of smugglers to a leading force in the whisky industry. Lossit’s ability (and need to) utilise entirely local supplies to build a business that could satisfy both local and national markets is a structure that many Single Estate distillers are attempting to replicate today. It could even be said that Lossit was the original Single Estate distillery!

It is possible that production was intended to restart at Lossit after its purchase by Bulloch, Lade & Co. in 1862 were it not for the emergence of the relatively new Caol Ila onto the market in 1863. The opportunity to acquire a Caol Ila, a modern distillery with far superior transport links was arguably too good to miss. Lossit was limited, small and secluded in comparison, the qualities that made it perfect for illegal distilling now a hindrance. For Lossit, its spirit would continue to be used in the BLCblend and to furnish local markets, but any production had ceased by 1867. After Bulloch, Lade & Co relinquished its lease in 1870 and vacated the property, the distillery was gutted and its plant buried in the property’s driveway. There the stills remain in their grave, the brand never to be tasted again.